Andre Mayon, Inc. has provided video production expertise for a wide amount of projects including videos for some of the largest artists in music. CLICK to see who have Andre to thank. And the creativity doesn't stop at music..More Information

When its done right its magical; when done badly, it destroys productions - sound scoring. Its an art form and one that has been nailed, over and over, by Andre Mayon and his group of creative icons. More Information

Whether the conveying of messages and emotions through stills or video, Andre Mayon, Inc. has the knack for capturing the exact message and extending it in such a way as to evoke reactions. What do YOU want to say? More Information 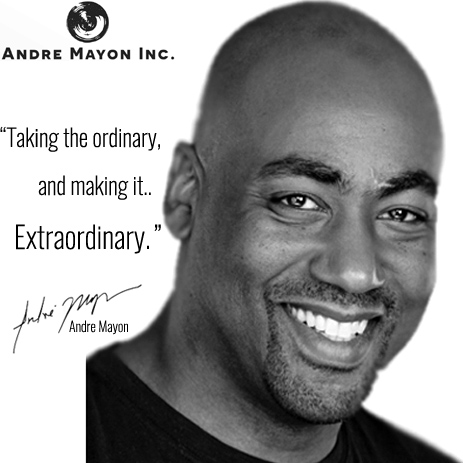 Andre Mayon, inc. is a film and video production company that grasps the inimitable purpose of your story. The collective energy our team of film makers creates produces an environment for collaboration and forward story telling. Andre Mayon, Inc uses creativity, the ability to think a project through, and professionalism to deliver effectual media to your clients and audiences. We envision and implement imaginative ideas for projects of any size, which brings attention, great value and a lasting effect that alters thinking and brings creativity to reality.

Andre Mayon was born and raised in Naperville, Illinois. The first step in Andre’s musical journey began in college where he produced beats and was the “go-to” DJ in town. His DJ business success soon made him the most requested entertainer in town. Soon after Leaving college, a chance encounter with his cousin, famed director Hype Williams, changed his life forever.

Mayon began working with Williams, as he was just becoming the most in demand music video director in Hollywood. Along with another cousin, Erik White, they together started as Williams™ sound and VTR experts. Mayon then worked his way up to second unit directing, editing and producing working on landmark videos for artists including The Notorious B.I.G., LL Cool J, NAS, Missy Elliot,and Jay Z. After many years of working with the top musical artists in the business, Mayon decided it was time to branch out on his own.

Let us know the unique needs of your project. Our specialty is making YOUR projects successes.

A music video or song video is a short film integrating a song and imagery, produced for promotional or artistic purposes. Modern music videos are primarily made and used as a marketing device intended to promote the sale of music recordings. Although the origins of music videos date back much further, they came into prominence in the 1980s, when MTV based their format around the medium. Prior to the 80s, these works were described by various terms including “illustrated song”, “filmed insert”, “promotional (promo) film”, “promotional clip” or “film clip”.

Music videos use a wide range of styles of film making techniques, including animation, live action filming, documentaries, and non-narrative approaches such as abstract film. Some music videos blend different styles, such as animation and live action. Many music videos do not interpret images from the song’s lyrics, making it less literal than expected. Other music videos may be without a set concept, being merely a filmed version of the song’s live performance.

A film score (also sometimes called film music, background music, or incidental music) is original music written specifically to accompany a film. The score forms part of the film’s soundtrack, which also usually includes dialogue and sound effects, and comprises a number of orchestral, instrumental or choral pieces called cues which are timed to begin and end at specific points during the film in order to enhance the dramatic narrative and the emotional impact of the scene in question. Scores are written by one or more composers, under the guidance of, or in collaboration with the film’s director and/or producer, and are then usually performed by an ensemble of musicians – most often comprising an orchestra or band, instrumental soloists, and choir or vocalists – and recorded by a sound engineer.  More Information

Among our video production skills we also offer superior photographers who will capture the essence of whatever feeling or emotion you are trying to communicate. Whether you are needing to have images shot for a specific nationwide print campaign, or for your website, our staff photographers are excellent and bring with them years of experience from every corner of the photography spectrum. Need to bounce some ideas around? We would love to speak to you about your project. More Information

Image is Everything. Especially when the image you are creating needs to engage a certain group of people and convince them to do something. For most that is to buy something or to call someone, but no matter what your Call to Action needs to be no one understands this need, and can communicate it more successfully through video than Andre Mayon. Commercials are an essential part of a successful business. Let Andre Mayon, Inc. create you an outstanding commercial, or take your current one from average to extraordinary.  More Information

The shooting of actual film is one thing, but if those you are shooting are not properly relaying a client’s message, then its all for nothing. On top of that, there is the part of actually getting the talent. May of my clients don’t have time, or the knowledge, to secure compitant talant. This is a service Andre Mayon, Inc. provides, and has been doing so for many years.  More Information

Recent years has created the emergence of an entirely different form of video; that is the Youtube video. Its not a movie, but could be. Its not a commercial or PSA, but they could be. A youtube video is an entirely different animal and needs to be handled as such. They are used to make immediate, direct points or impressions from a huge pool of potential customers or clients.   More Information

WHY ARE WE DIFFERENT?

While everyone is busy trying to convince the world they are different and special, Andre Mayon, Inc. is busy SHOWING the world through extremely creative and forward videos.

You have choices, and we are well aware of that. Interview many and then contact us, as you will quickly find our stability, experience and professionalism is second to none. 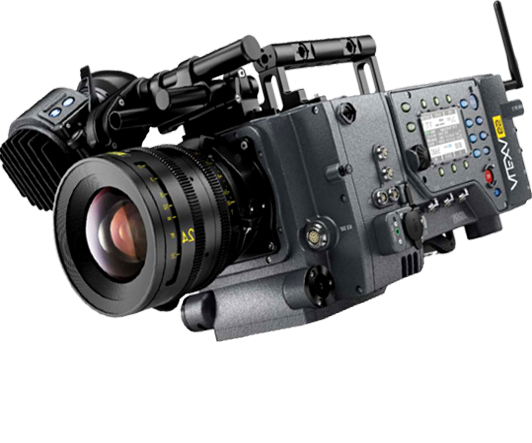 Andre has worked with some of the biggest names in the industry and they rely on his knowledge to produce award winning projects. Below are just a few samples of the work you can expect when you consult with Andre and have him help you with your project. Below are just a few examples of videos Andre has produced. To see videos that Andre has also edited, click on this link or the one under this video selection.

Wow, I really DO down some coffee!

Cups of Coffee Consumed this Year

Hours of Video Shot this Year

Ideas come from people and interaction. I love your feedback, or just notes saying ``Hi``.